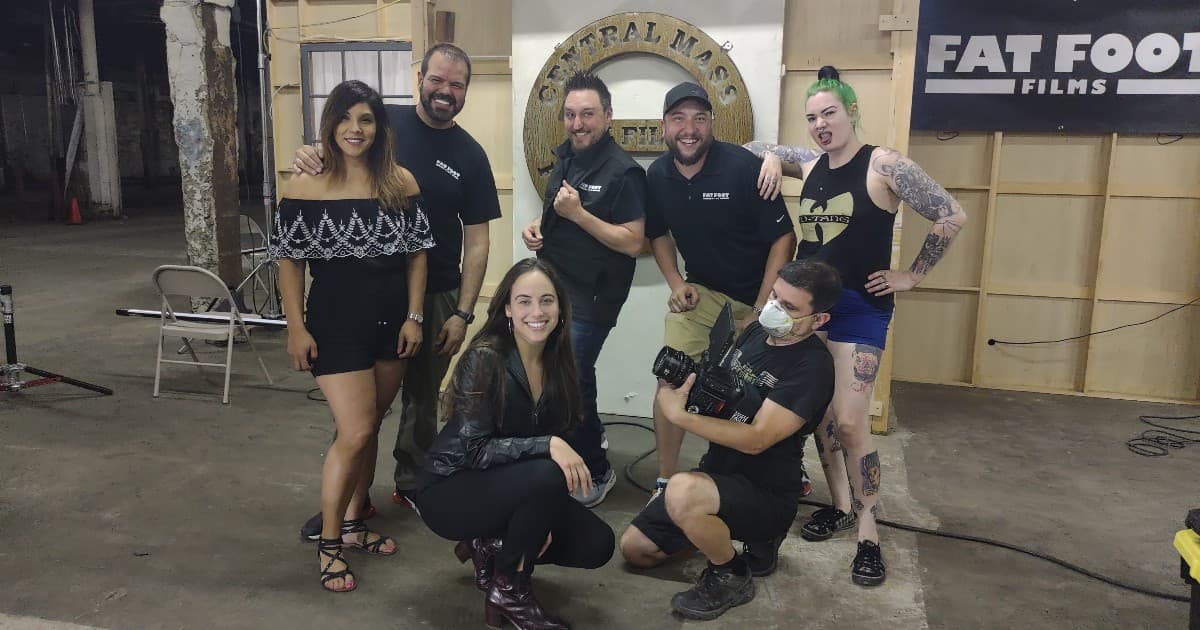 WORCESTER – Lately Worcester looks like a mini-Hollywood with movie crews filming blockbuster movies and A-list celebrities walking around downtown. The major uptick in film making is the result of a statewide tax break enticing the movie industry into Massachusetts.

While other movie makers are coming into the area, local filmmakers like Fat Foot Films have already been in the community, crafting movies, and transforming the local film industry.

Founded in 2001, Fat Foot Films began with offbeat comedies and over the top horror movies. Their latest project is a short thriller, “Mercy.”https://5a98a5937c74dad12ac8a0f128d74064.safeframe.googlesyndication.com/safeframe/1-0-38/html/container.html

Working in conjunction with Central Mass Studios and 256 Films, “Mercy” started filming in Worcester late July. This project marks an important milestone for Fat Foot Films with the use of its first movie set located in a 30,000 sq. ft warehouse at 344 Franklin Street in Worcester.

Ed Gutierrez, president and producer of Fat Foot Films, spoke about the company’s experience as a studio rooted in Worcester, as well as the obstacles that they had to overcome to make their latest film.

“We’re based out of Worcester. So being in the indie film industry, seeing what is going on all around us, and holding our own…for us, this is just next level,” Gutierrez said. “We had no idea what we were going to build until it all came together.”

Building the set was a huge task but the crew was determined to create a professional set that could rival the film companies rolling into town.

The planning for “Mercy” was going smoothly; the cast had been selected, the props were in order, and the set was constructed and fully decorated.

And then Hurricane Elsa suddenly arrived two weeks before shooting.

Gutierrez arrived to find the warehouse flooded and the set literally floating. The crew worked hard to make repairs. But only a few days later, another storm struck and flooded the set once again.

“It was the snowball roll from hell,” Ryan Convery, producer and editor of Fat Foot Films, said jokingly.

The cast and crew rallied around each other to get back on track and truly embraced working together as a group with roots in Worcester and surrounding towns.

“One of the goals for us is to show people that it was all Massachusetts. So, people would say it looks like a Hollywood movie, but no, it was guys that were all local that have been doing it for years.”

Lead actress, Samantha Rose Valletta, is excited to portray a strong and original character in “Mercy”. Born and raised in Worcester, Valletta moved to New York, and then to Boston where she now lives.

When asked why she auditioned for the title-character role of “Mercy,” Valletta said, “I am very interested in playing characters and telling a woman’s story, that has nothing to do with the fact that she’s a woman.”

Valetta added, “I am even more interested in playing a character where the storyline is not me having a romance or needing to be saved. Women can save themselves; they can love themselves; they are strong, and they have so many stories outside of what makes them a minority, which is being a woman.”

As a thriller character, “Mercy” is not your typical role model, but Valletta appreciates the character’s independence and cannot wait for audiences to see the high production quality and professional work that Fat Foot Films was able to achieve.

“Mercy” will be released this fall. For more information, visit www.fatfootfilms.com.